The new 2022 BMW x8 is supposed to make its debut in 2021 with a slight facelift and low roof design. What else spy shots have revealed, read here?

While continuing its spectacular X-series, BMW’s X8 has been revealed through spy shots. This full-size luxury sport utility vehicle by BMW will be the successor of X7 variant. Just as Audi brought Q8 in place of Q7, BMW’s new flagship SUV will be combating the Audi’s Q8.
Though BMW has not announced anything officially, we got to see a lot through spy shots that we can share with you.The new BMW X8 design retains the previous features of a four-wheel drive adventure vehicle except that it has a mild face-lift, low-roof and conventional hatchback body.
looks like, BMW wanted to give it a bolder and athletic stance to offer a thrilling ride on all terrains.
Let’s take a closer look at its new design, powertrain, convenience features and other details.

While seeing three-row BMW X7, we were assuming X8 to be a stylish coupe, in reality it’s not. Through spy shots, the prominent change that we can observe in design of BMW X8 is its roofline that varies from the previous X7. The front of the X8 seems to feature the signature BMW’s kidney grille and the noticeable hood lines.
Another thing that one can observe that X8 appears to be longer than X7 that was of 203.3 inches. The spy shots expose a redesigned D pillar from which we can’t be sure for its third-row seating. However, one thing we can be sure for of is the bold and dynamic look that will make it stand out from the rest SUVs from BMW.

As per some reports and prototype details, BMW X8 will be hybrid vehicle.From this, we can assume, if X8 receives hybrid powertrain of the plug-in 745e xDrive it will be fitted with a 3.0-liter six-cylinder mated with an electric motor and 12.0-kWh battery. This powertrain setting will enable it for 389 horsepower and 443 lb. ft of torque with 16-miles all-electric range.
There are rumors that upcoming BMW X8 will be offered in 3 powertrain options such as M45e M Performance variant with an alike plug-in hybrid system just as the new BMW 745e.
In another case, if X8 borrows 4.0-liter V8 from the X6 M Competition, it will be producing 617 horsepower or more than it that could be 750 horsepower according to speculations.

About the interior of X8, we have no information but we can assume a luxurious cabin with sporty style arrangements just as in X7. It will be fitted with some of the best convenience features that the brand BMW has to offer in its luxurious vehicle. A redesigned cabin must be having a more advanced infotainment screen with the latest car features.

As previously, BMW announced that it will be trademarking the name X8 and had already applied a filling with the German trademark and patent office. We can expect the same for BMW X8. The new X8 SUV will come up with the trademark name as there are rumors that BMW filed for the X8 M name in March.
For public appearance, BMW hasn’t shared any details or started any prototype testing. However, it seems like the new X8 will make its debut in next year 2021 and will be available for sale in 2022.
Images:
https://www.autoblog.com/2020/09/25/bmw-x8-first-spy-photos/ 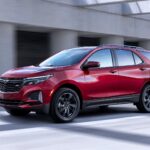 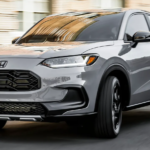 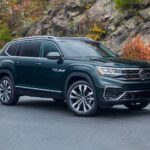 Signature Auto Group
Best New Car Deals For December 2022 Are you searching for a new vehicle?  If so, you will...
Read more